The Cuba Wrap Up 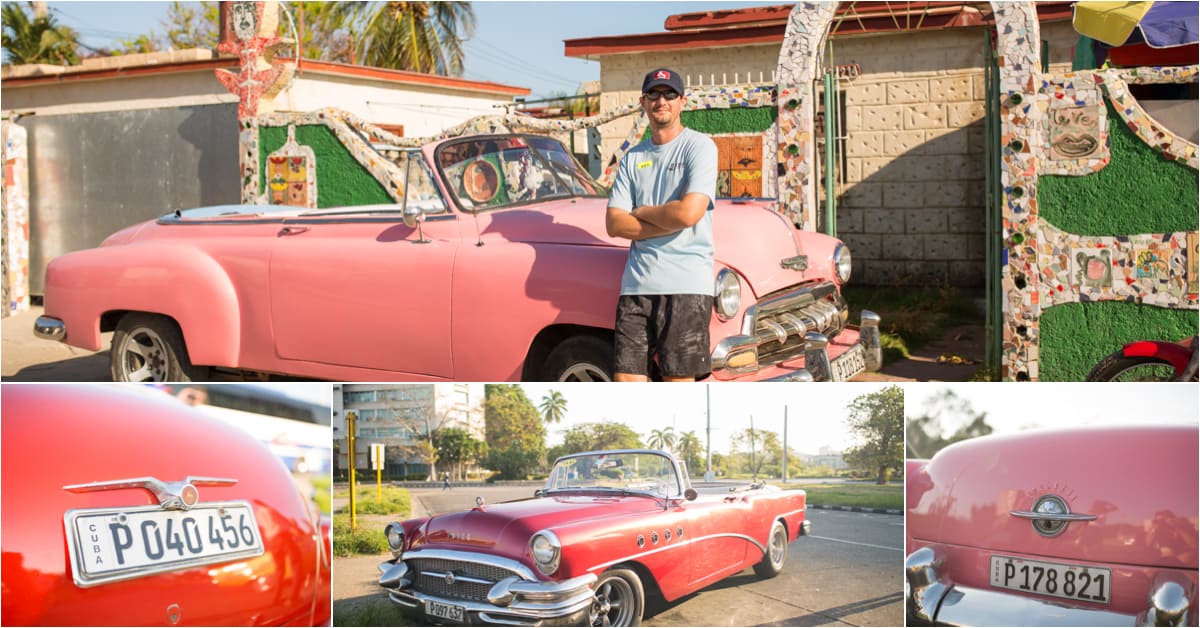 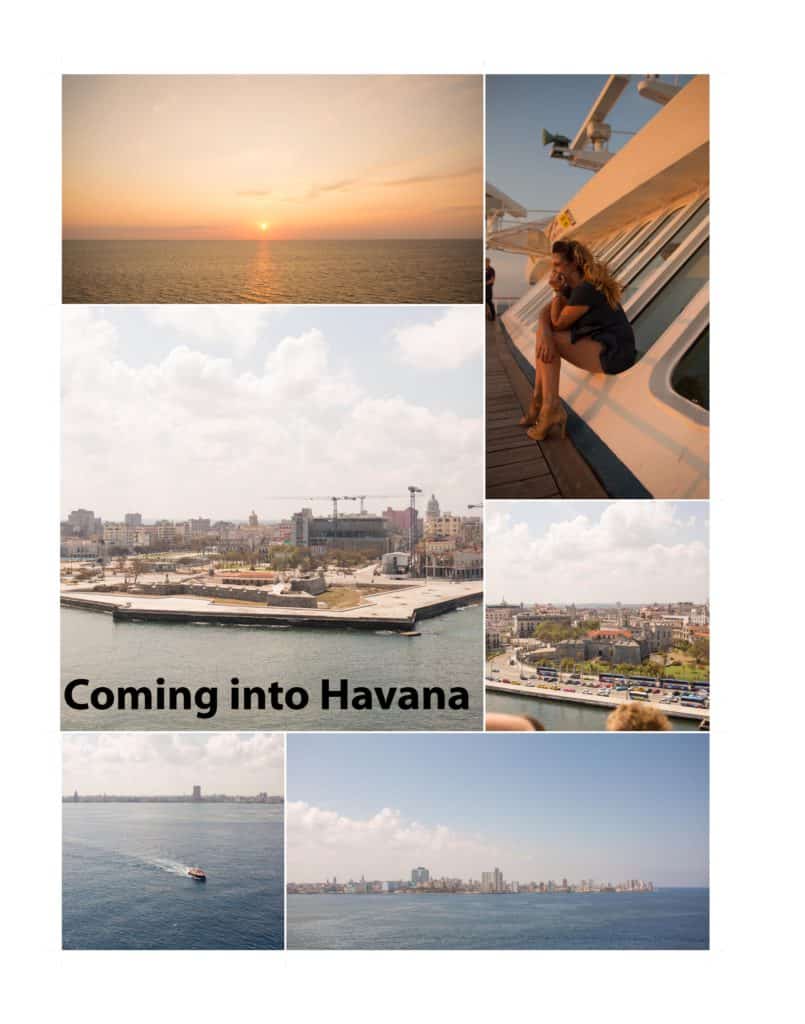 The Cuba Wrap Up

Cuba is a place Americans have not had the opportunity to visit in almost 60 years so as soon as we heard limited travel was opened up to US citizens, this island very quickly made our short list of “must see” destinations. So we just got back from our short trip to explore Cuba and I wanted to get my thoughts down as soon as possible while everything was fresh in my mind. This is Chris here, writing this post, so if you’re easily offended or there’s something I say that you don’t like, you can blame me and not Laura. On that note, if you’re easily offended, you probably shouldn’t travel to Cuba in the first place… they like women there and they’re not afraid to let you know it! 😉 I’m going to try to break things down by topic and add pictures in each for y’all so let’s dive in! 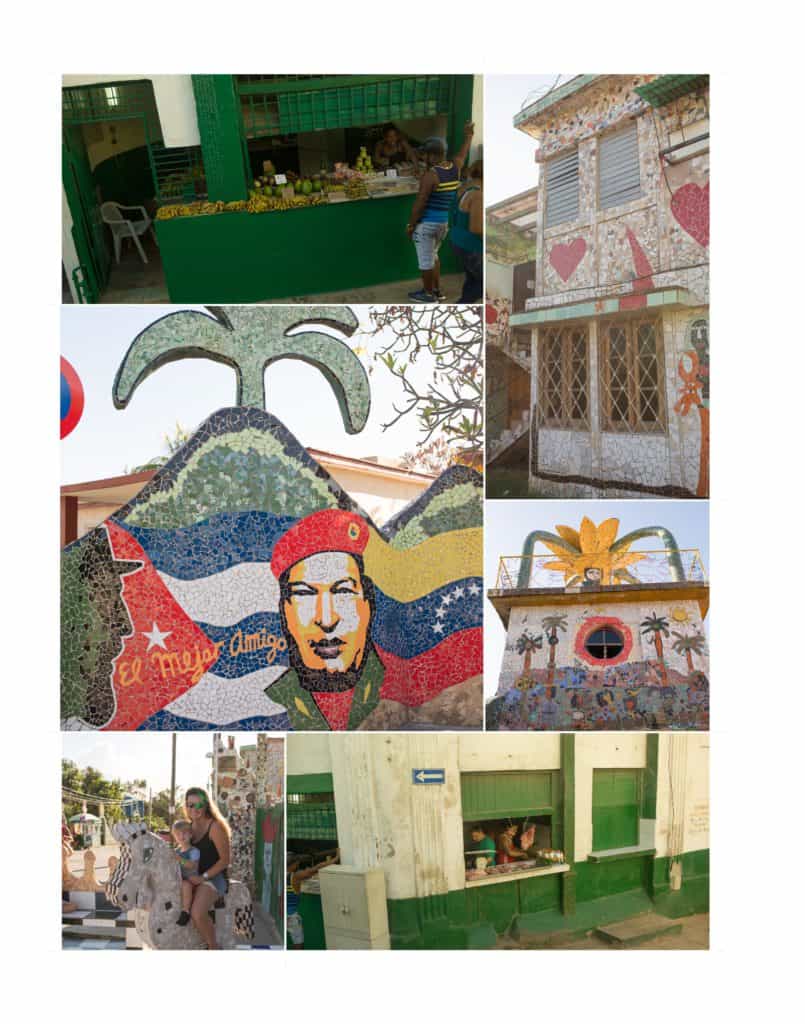 Figured we’d bring the elephant out into the room right off the bat. People in Cuba don’t seem to talk politics much but it’s always there, in the background, having an effect on everything as you’ll see in the rest of this post. I can’t tell you how many times, when explaining things about how they live in Cuba, that our tour guide said “and that’s just the way it is.” Maybe it’s that they’re afraid they’ll be thrown in political prison (yes, those exist there) or that they’re afraid they’ll be executed (yes, that’s happened too) but politics doesn’t seem to be high on their list of desirable conversation topics. Trial by jury doesn’t really exist there.

Perspective is everything, folks. There is a way to make communism sound good on paper and in theory – everyone equal, who wouldn’t want that, right? The problem is that when everyone is equal and the government sets your pay or rights (or lack of), where is the motivation to be the best or to improve your station… what would that get you? Nothing. The other problem is that instituting this political system is often the result of outright brutality. Che Guevara is regarded as a national hero in Cuba, however even some cursory research on this man will yield plenty of results that suggest he may not be worthy of this title. 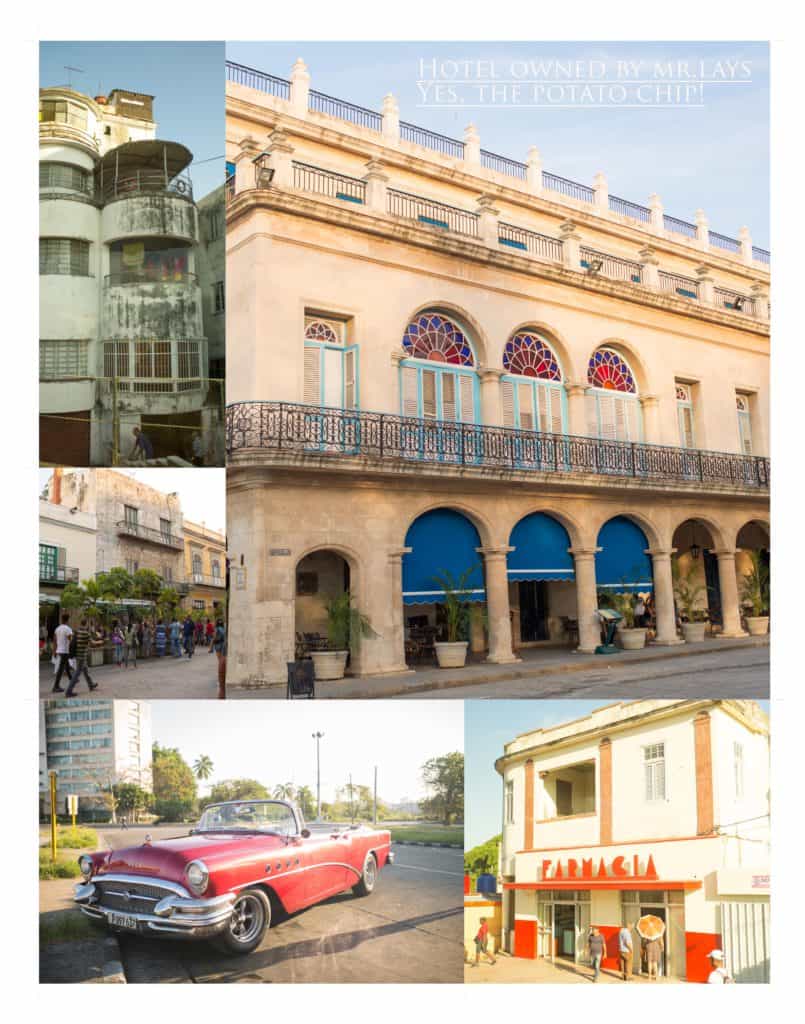 I don’t really think we, as Americans, can really understand this political system and I think some of us take bits and pieces of it and think we could make it work if we gave it a try. We tend to romanticize things if they make us feel good… who wouldn’t want everyone to be treated equally, right? There was a lady on our bus sitting behind us and I could hear her saying after the tour guide explained their healthcare system, schooling system, employment system, etc…. “oh, I love that.” I’m sitting there thinking, “open your eyes lady, look around… look at the condition of the buildings, you think it’s a good idea to be thrown in jail with no trial, etc.?  It doesn’t work.” 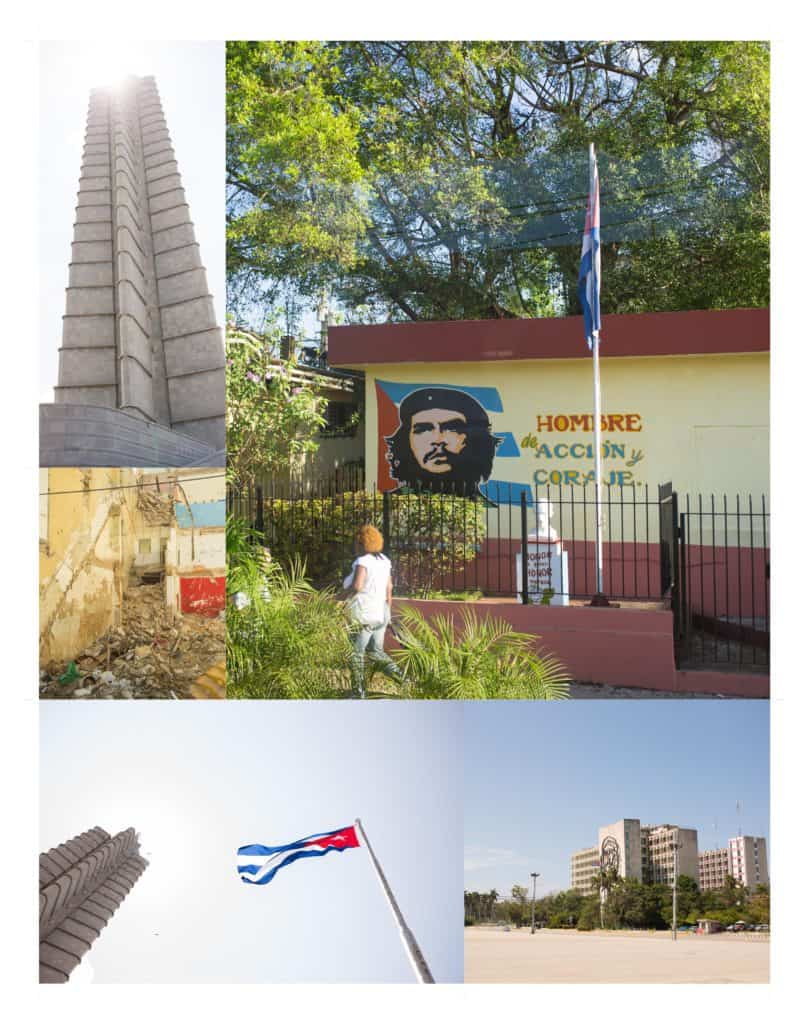 I’ll keep my freedom of speech, my property rights, my due process, etcetera, etcetera, etcetera, and yes… even my Donald Trump over any other form of government anywhere in the world. America is the best country on Earth, without a doubt. Your mileage / opinion may vary (and if it does, maybe you want to go live in Cuba?).

Ok, I’ll get off my patriotic soapbox now. 😉 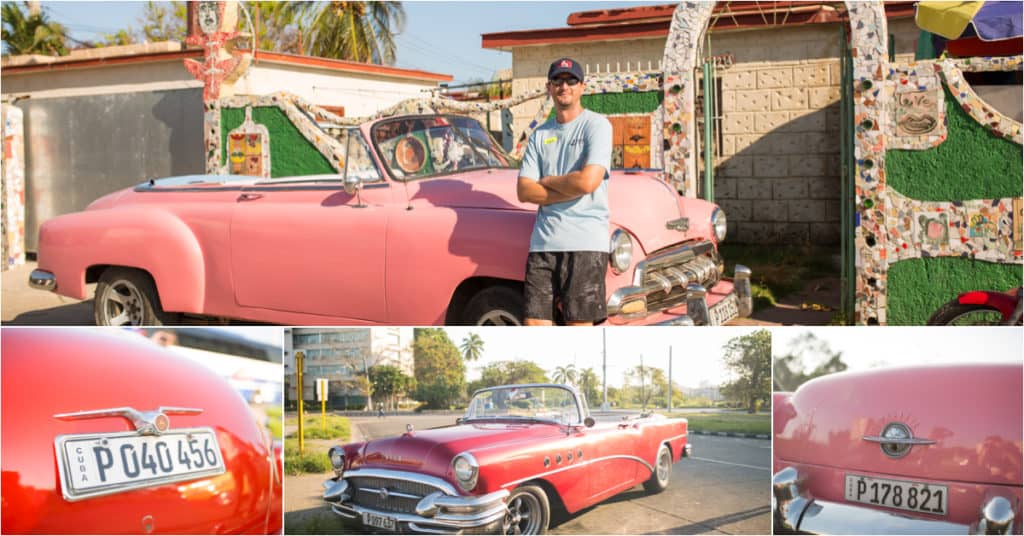 The cars in Cuba are awesome, like step back in time to the 50’s awesome. There are so many American classics and they take a lot of pride in their cars because, for many, their cars are how they make their living. There are so many taxis in Havana, you’d have to be doing something really wrong if you couldn’t get a ride! There are kombi rental services for special events.

These cars hide a secret though and that is that the vast majority of them are not original and what you are looking at is really just an outer shell. Due to the US trade embargo, the Cubans formed a close trade relationship with Russia because they couldn’t get parts to fix all of the American cars on the island. There are about 5,000 cars in Cuba, 3,000 of which are in Havana and most of the cars have Russian engines and Russian parts, however, Cuba does have about 100 convertibles in the country and these cars must remain 90% original and are very expensive for the owners to maintain and are therefore the most expensive taxis to take (but also the coolest!). If you’re into classic American cars from the 40’s and 50’s, Havana is a very cool place to visit. 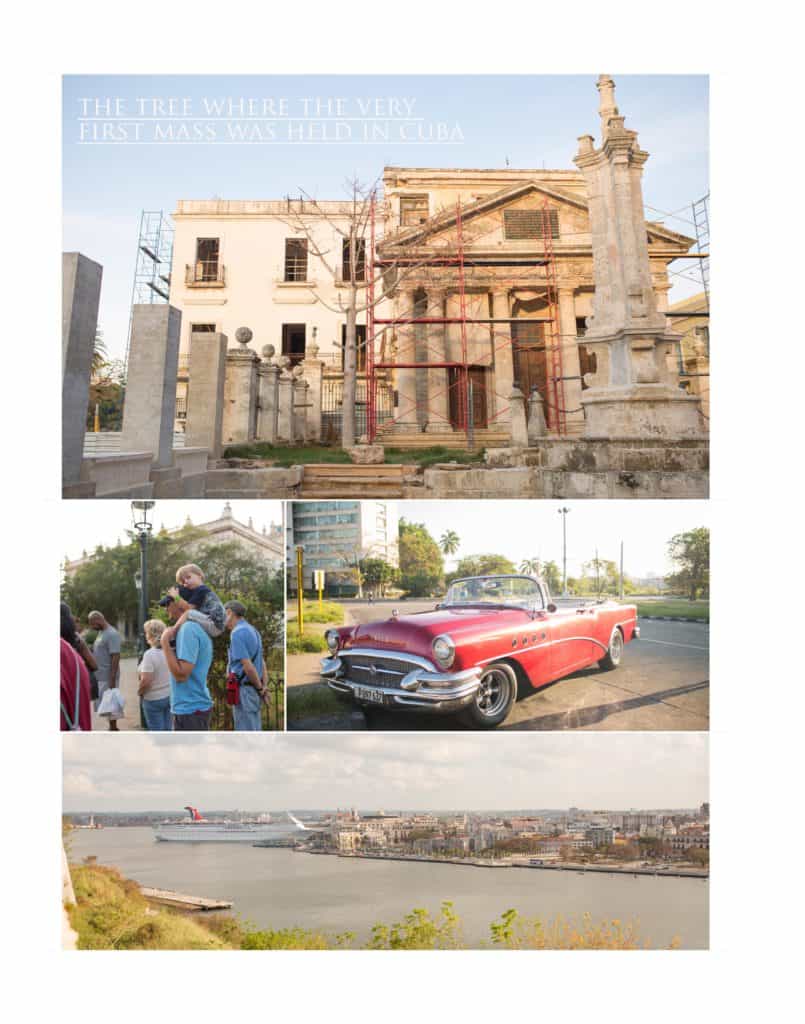 Even with all the stuff I wrote above, I wouldn’t say I saw a people that were noticeably miserable. Do I think someone who was used to living in America would be miserable living in Cuba? That would be a resounding yes but I feel like most of the Cuban people don’t know a different kind of life so they find happiness with what they have and there’s something to be said for that.

To put it in perspective, it’s hot… like Florida in summer hot, and there’s no AC in just about every house there. So they stay outside almost all the time where it is cooler and don’t go home until 1 am when it’s finally cooled off enough to sleep inside. Laura and I went out for a night in Havana and saw plenty of parents and little kids (little like Ascher, little) walking around at midnight! They only have 2 days of water service there, the rest of their water is collected via water tanks that are on top of every house and building in the city. Electricity is also rationed for each household and is cheap as long as you stay within that ration. If you go over your allotment, you are charged double, then triple, then quadruple, and so on. This is the reason most places do not have AC, just too expensive to run. The only boats on the island belong to the government and fishermen… the fishermen’s boats are not allowed to have motors. They keep entry and exit to the country pretty locked down. 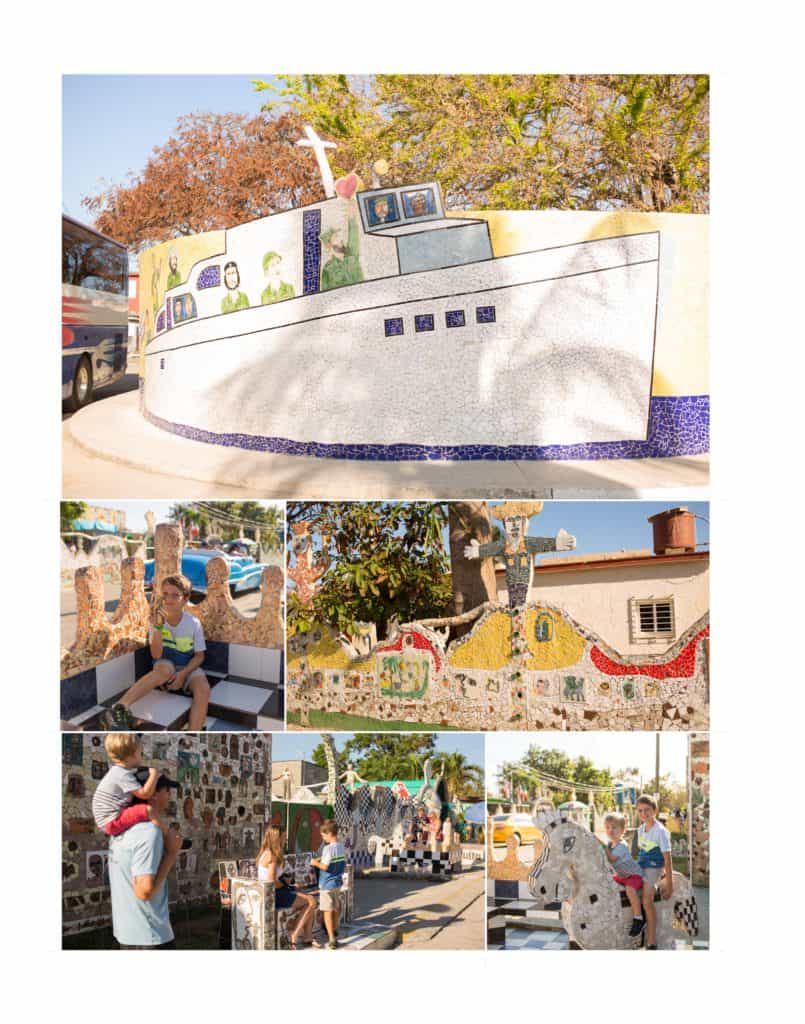 What you do notice walking around is that no one is buried in their cell phones. People are gathered outside talking and listening to music, dancing, eating… just enjoying each other’s company, it’s kind of nice. We had dinner at an open air restaurant and right next door, a band started playing and a dance party broke out (I’ll tell you what, the Cuban people can move!), it’s a little like New Orleans in that respect. 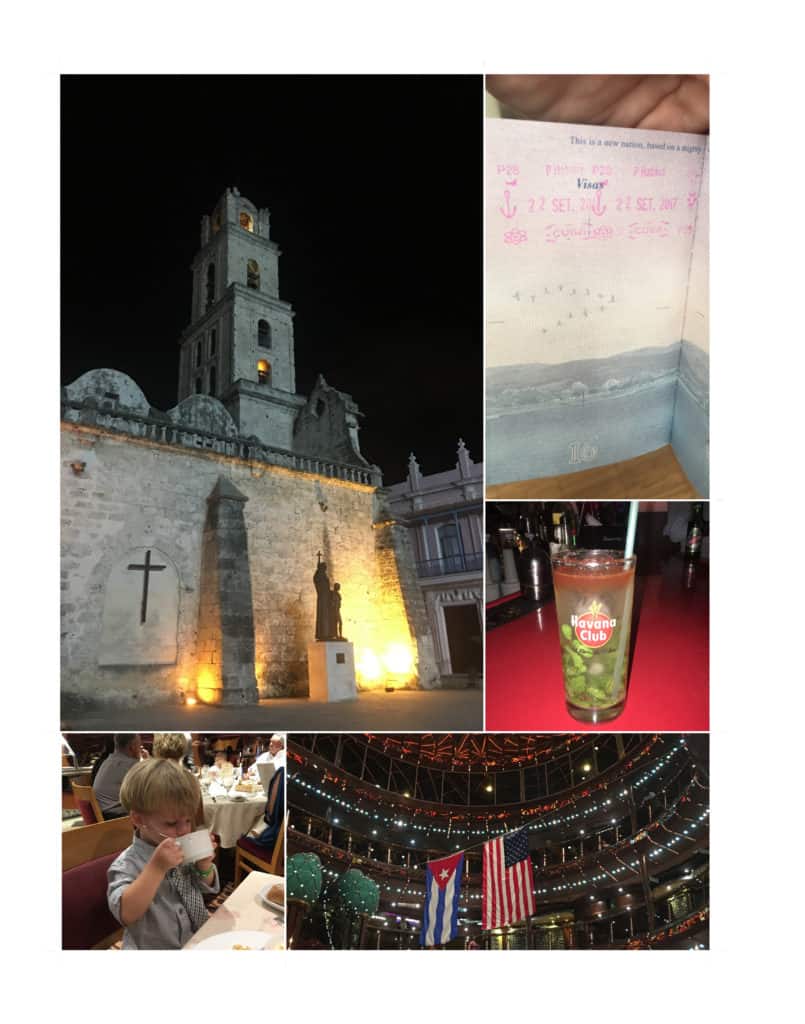 This isn’t your normal vacation like most of us think of a vacation. Travel to Cuba for Americans is still pretty limited and you have to have a “reason” on your visa to be there. Most Americans can go to Cuba on a “People to People” visa which means that you have to spend your time in the country interacting with local residents, learning from them and patronizing businesses, etc. For a short time this was available on an individual basis but recently they have only allowed it to happen with groups and organizations (like the cruise lines).  There are other ways to get into the country like a photojournalistic visa but the guidelines are fairly rigid. For more information on valid ways to travel to Cuba as well as some very good things to know for your trip, check out the US Passport & International Travel Website. 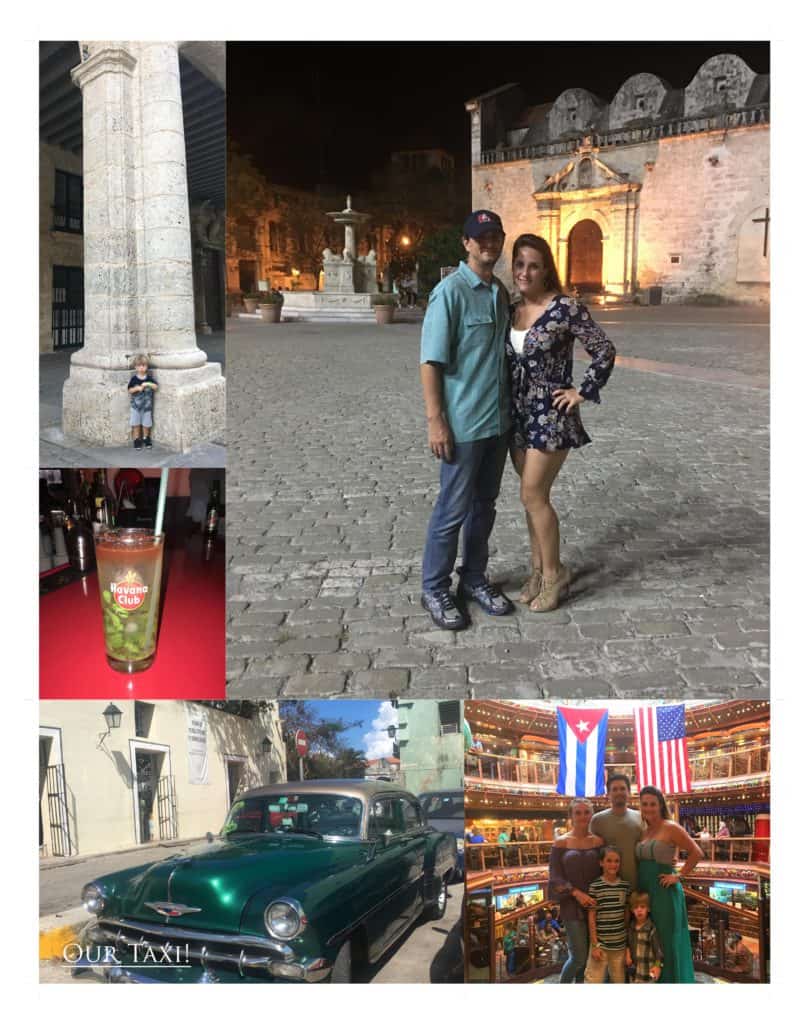 On the people to people visa, for each day we were in Cuba we had to be able to document at least a certain amount of time we spent interacting with the locals (also, these records need to be kept for 5 years as required by the Cuban govt.). So to make sure we fulfilled all the requirements of our visit, we decided to take tours guided by Cuban locals and offered by the cruise line. I think this is a really good way to SEE a lot but I don’t think we EXPERIENCED as much as we could have. They kept the bus tours moving pretty quickly and any stops we did make were fairly short so there wasn’t a lot of time to shop, eat, or talk to locals. Most of the time was spent learning from the tour guides as they drove us around on the bus showing us the city. I think, for our next trip, we need to figure out a way to spend a few days on the island and do our own people to people experiences but I’m going to need to brush up on my Spanish before that!

If you are thinking about visiting Cuba, I’d say… do it! It’s really a different kind of experience and I think we should all step out of our comfort zones and see how others live their lives. There’s a lot of history on this little island and even though as countries, we’ve had our differences and there’s a lot to be done to repair relations between the two countries, I don’t think we as a people are that different from one another. The Cuban people are friendly and kind and genuinely want to talk to you and share with you, know where you’re from, etc. I am sure if I was a better Spanish speaker that I would have gotten even more out of it. The good news is that since the 90’s, they have been required to learn English so if you don’t speak Spanish, communication is not a total lost cause! Cuba still has the feel of a developing country and with the death of Fidel Castro, his brother Raul has actually taken some steps toward a more democratic way of life and affording his citizens more rights than ever before. 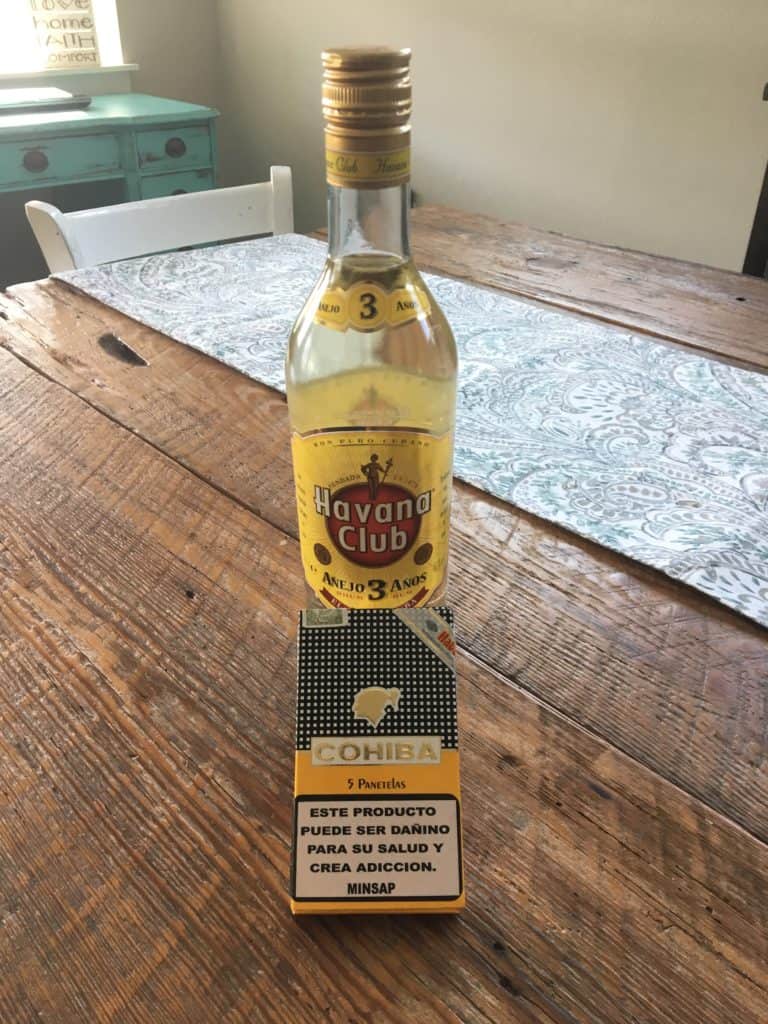 If you’re looking to explore a new place and can keep an open mind, Cuba is a great place! We will probably go back at some point ourselves. Oh and don’t forget the Cigars, the Rum, and the Coffee… oh my God the Coffee. Laura calls it “Heaven in a Cup.” 🙂

On To the Next Adventure,